Artist Stefan Gonzales’s Transitional Sites: Civil Archive Vol. 2 (2022) is on view at the Frye as part of the Boren Banner Series through October 16, 2022. In this post, they reflect on subjects related to this work, including images from their project Trace Sites, Collection Vol.1. 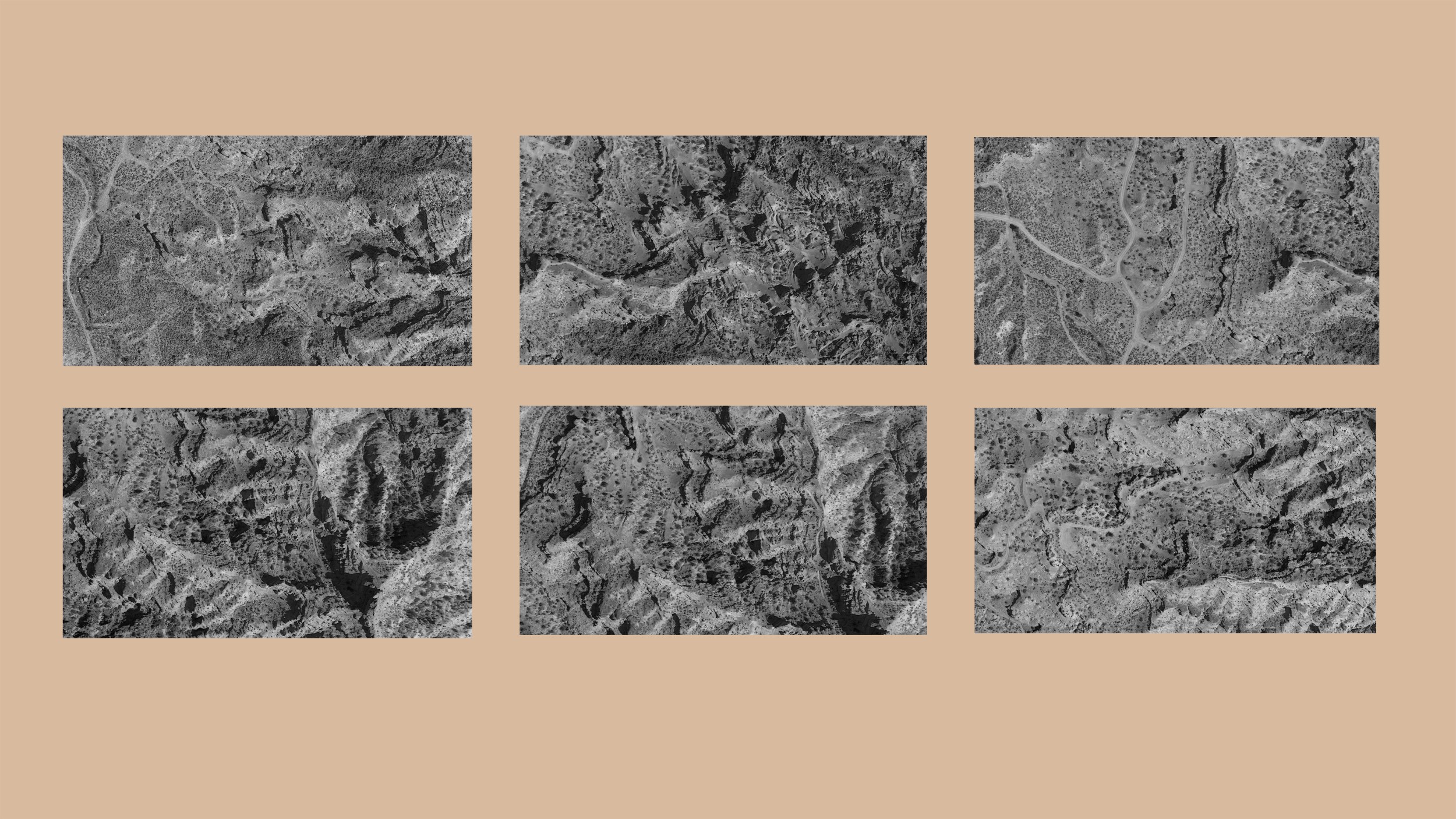 “The Archive. The Catalog, The Library, The Cloud. A collection of Data at rest.

History, however, is always in motion. It is, by definition: in a state of constant flux. Therefore the Archive is also in continuous flux.

The Archive is vulnerable. This vulnerability comes from those who are in the position of the archiver. Like many of us, the archiver is also in a state of flux.

For many Artists, the goal is to etch one's self into the monolith of Art History. How we attempt this goal differs widely from Artist to artist. For some, that goal is achieved through social status. We attempt to weave ourselves (and therefore our work) into the social fabric of society. Hoping that our cross stitches dip and dive throughout that fabric until our impact is a part of the structure of humanity itself.

Others have attempted this goal by sticking closely to the institution. Hoping that we fade away into the walls and archives of the museum. Behind locked doors, thermoregulated rooms, and sterile aisles. We cling to the hope that these institutions will stand at all costs as our world ventures deeper into darkness.

While these methods have proven their worth, a certain artistic sense of manifest destiny has driven many of us to make “bolder” attempts to inscribe our name across the monolith of Art History. 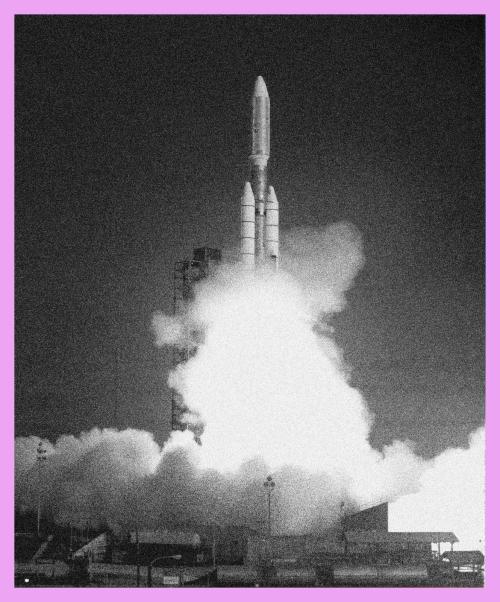 Voyager 1 (and its companion Voyager 2) contains two Golden phonograph records. These records hold 115 images, 27 songs, 21 ‘earthly’ sounds, and recorded greetings spanning 55 languages. Each record is encased in a protective aluminum jacket, together with a cartridge and a needle. Instructions, in symbolic language, explain the origin of the spacecraft and indicate how the record is to be played. (1)

Dr. Carl Sagan engineered the record and said, “The spacecraft will be encountered, and the record played only if there are advanced spacefaring civilizations in interstellar space."

These records were an attempt at expanding the monolith of Art history. To recognize it as something that is not bound by earthly geologic time but instead is something that can span the universe. Rather than filling the existing pages, we opened an entirely new book. While reaching the stars is a clever attempt to skip the line by creating a new monolith altogether, many of us are grounded here on earth. Our grandest pursuit at the monolith here on earth is locked in geologic time. Civilizations have built monuments to the sky that have existed for 4,000 years.

Contemporary Artists have, of course, attempted to surmount geological time. These ambitions have been seen as endeavors to break free of the societal or institutional process of the archive, as mentioned at the beginning of this writing.

Two land artists stand amongst the rest. Robert Smithson and Michael Heizer. Unlike their contemporaries, these two artists created monuments such as Smithson’s Spiral Jetty (2) and Amarillo Ramp (3), as well as Heizer’s Double Negative (4) and City(5); these pieces stand amongst the rest because of their proximity to the land. Even if rampant urban expansion swept through these monuments, they would exist beneath layers of earth toppled over them. They will seep beneath the sedimentary layers of the earth. Enveloping them into the crust beneath our feet. I do not want to give the impression that I applaud these additions to the archive. The ethics of these pieces can be left for another conversation. Despite this, they indeed have placed themselves amongst the archive.

This artistic exercise in the images below is off the beaten path of exhausted conversations based on humanity's marks left by industrial domination. While those conversations can yield good results, art, in my opinion, tends to screw towards utopic solutions. Unfortunately, those solutions contribute very little to the bleak situation of global environmental threats for the people it affects the most. Humans etch our mark into geological time regularly. At times these etchings are quite literal.

“Trace Sites, Collection Vol.1” follows the imprints on a stretch of land in Virgin, Utah. For 20 years, cyclists from around the world have traveled here. To etch their mark into the mountainside. Some of these tracings follow the natural paths and lines of the mountain. At the same time, others are meticulously groomed and constructed to defy the geography around them. These are not humble markings. They are repeatedly bored into the mountainside. Penetrating the geological archive.

I do wonder if arts Cowboys, Smithson, and Heizer would applaud these Earthworks. Or would they acknowledge them for what they are? Nothing more than suburban excess oozing into the mountainside for the sake of recreation. 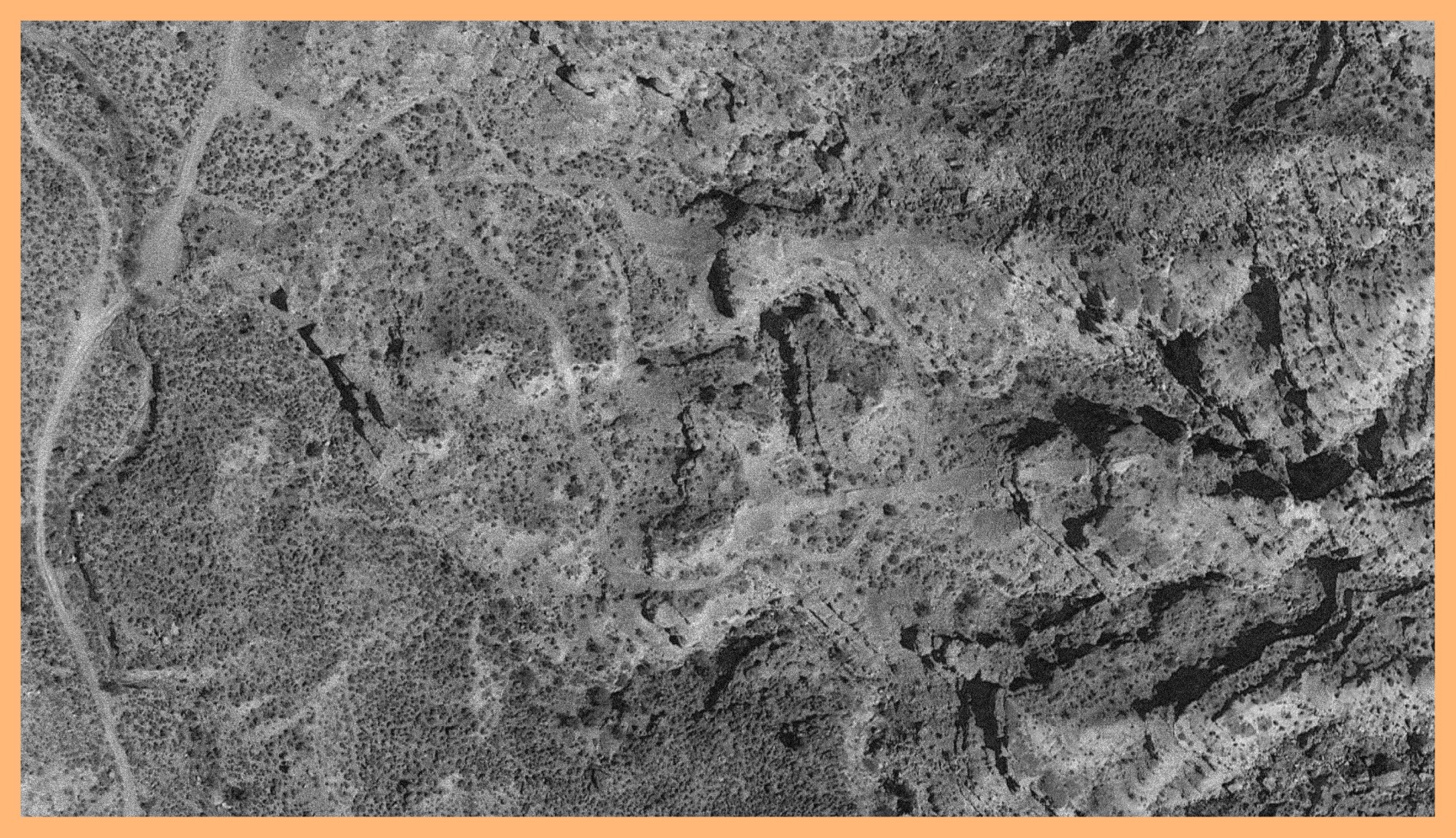 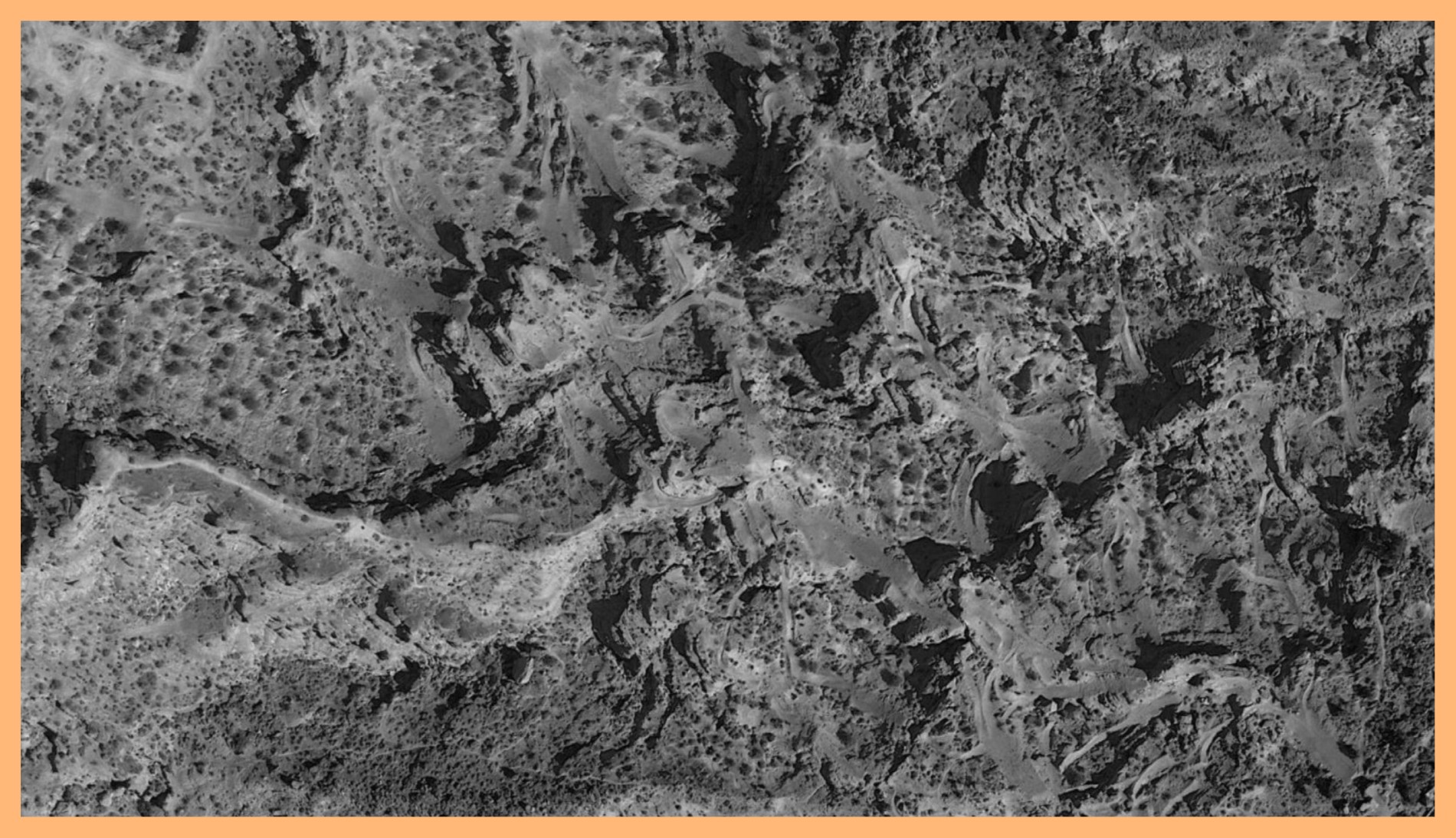 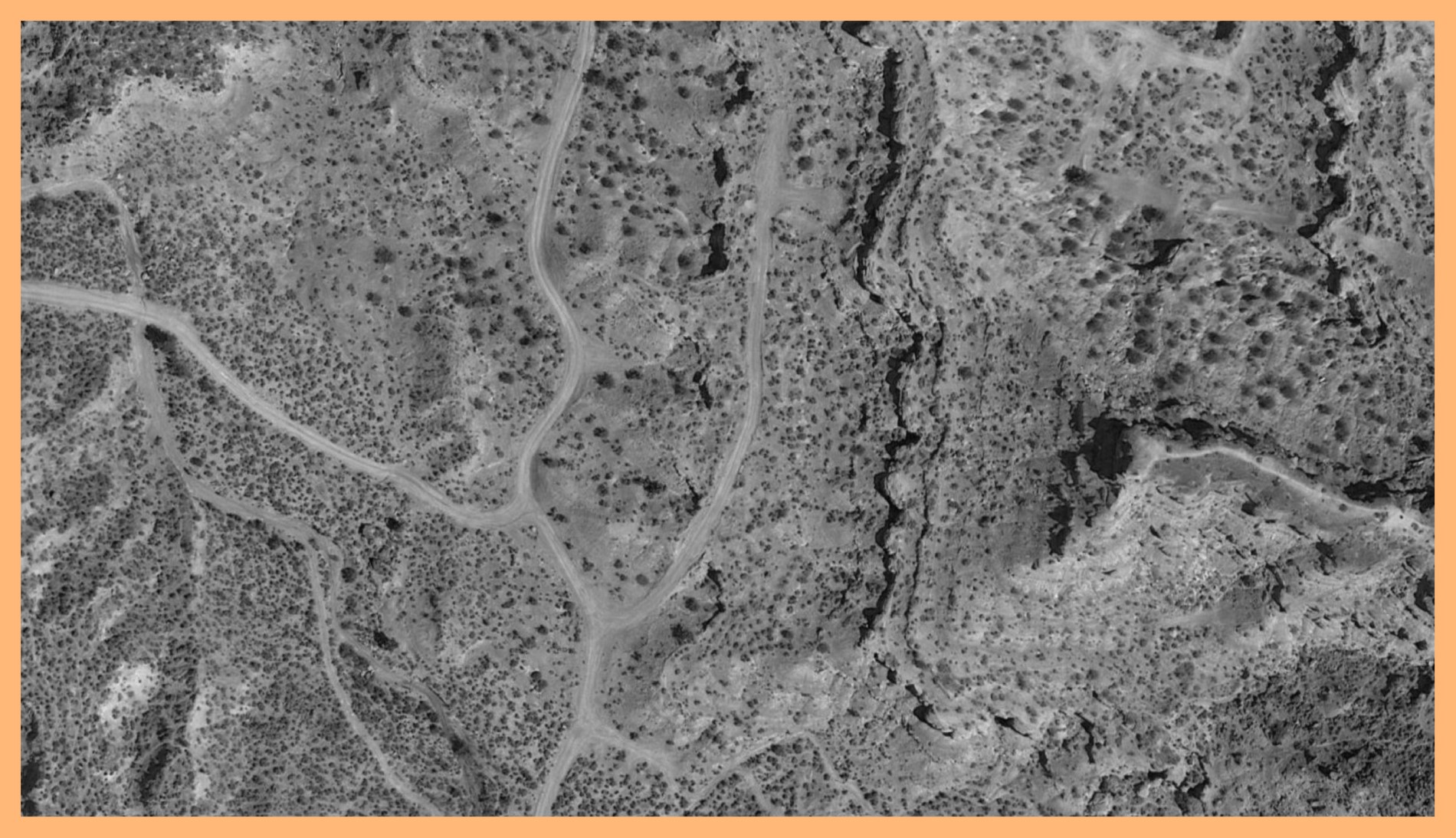 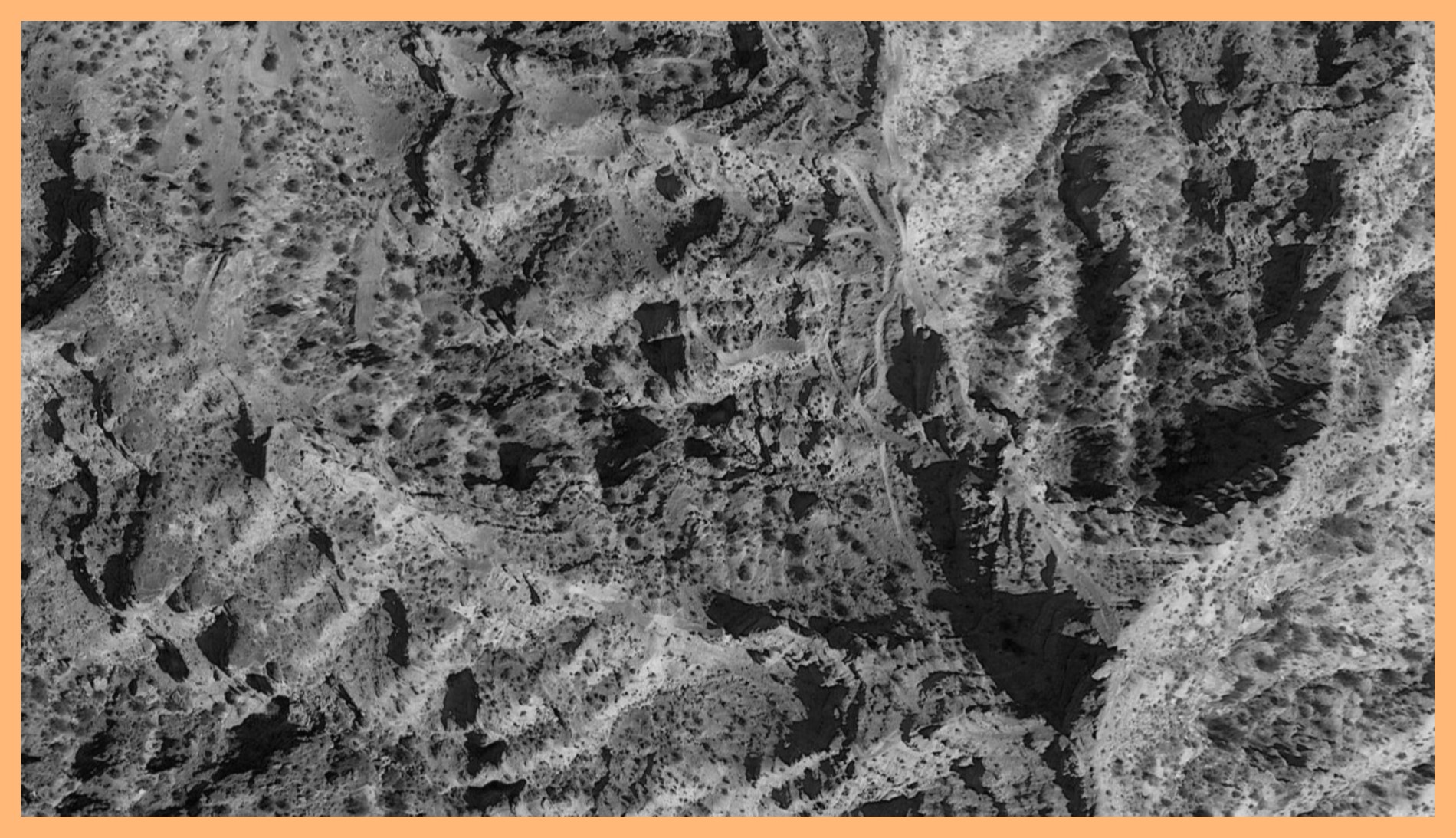 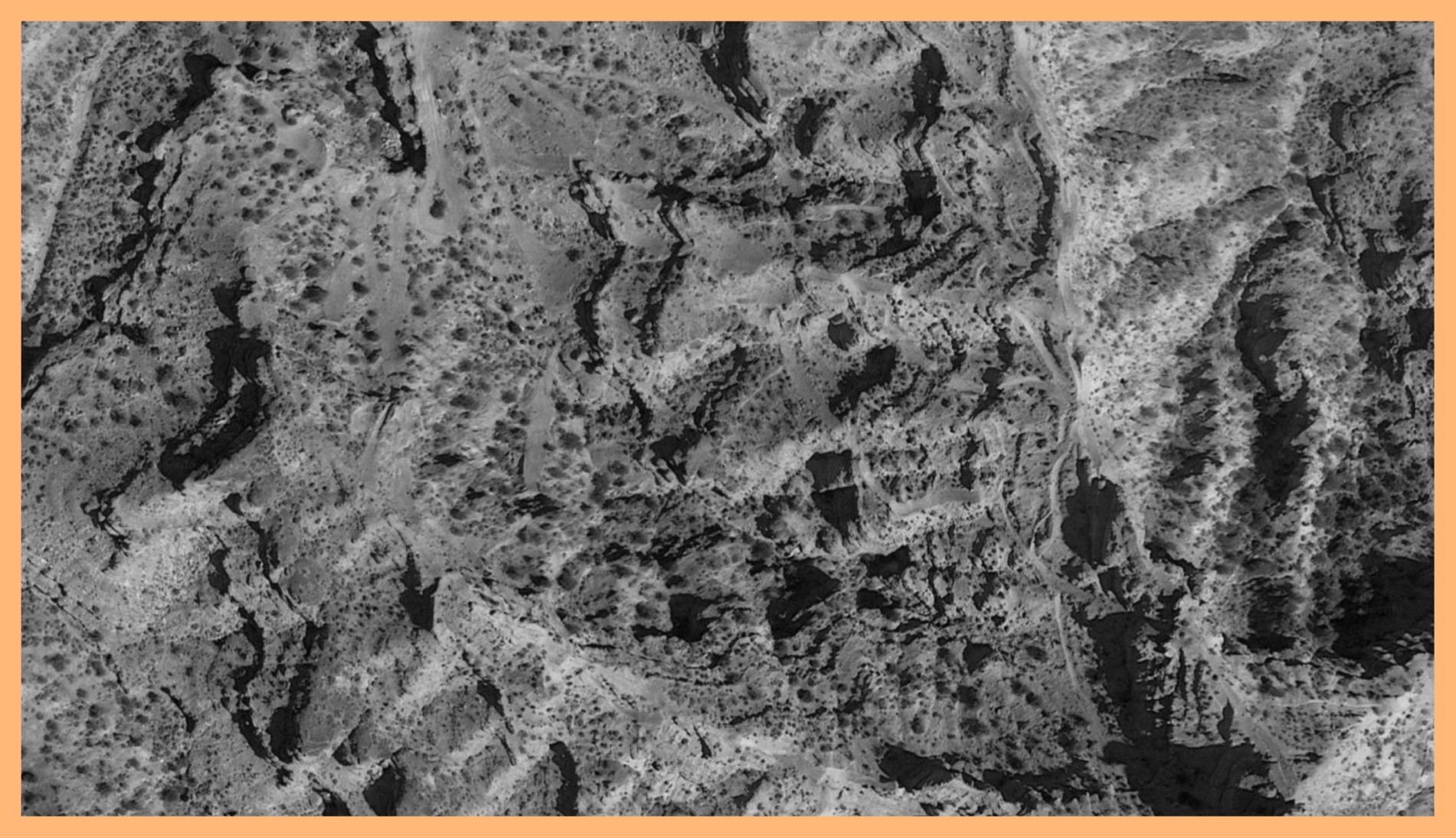 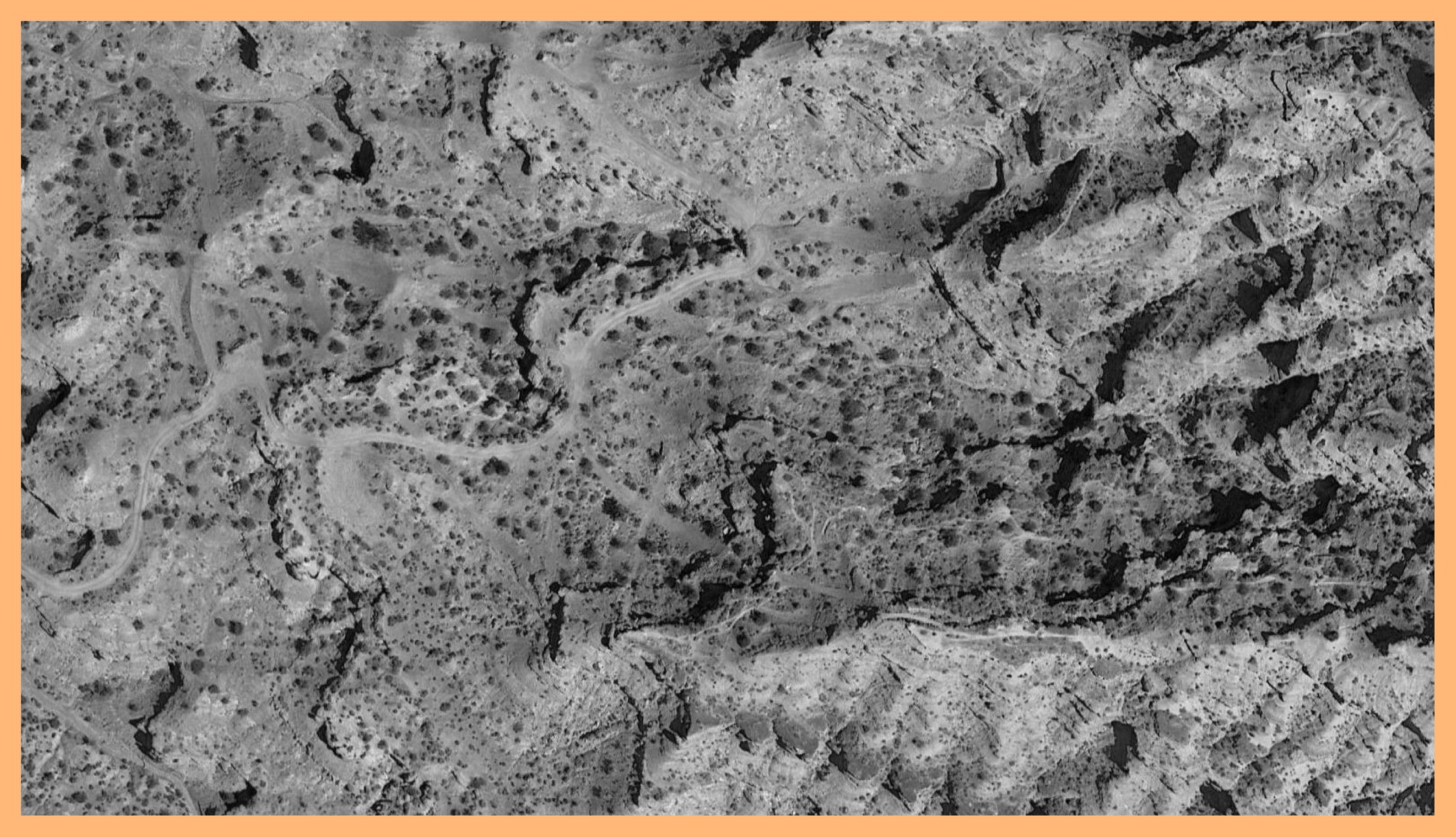