Door to the Atmosphere 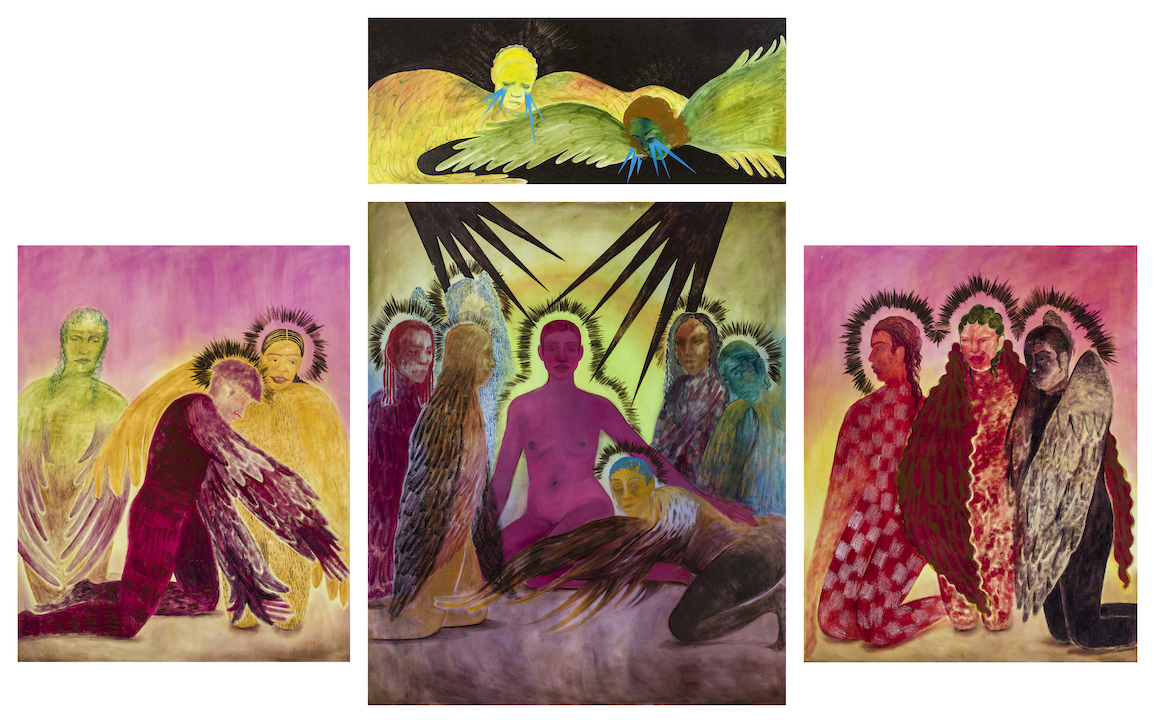 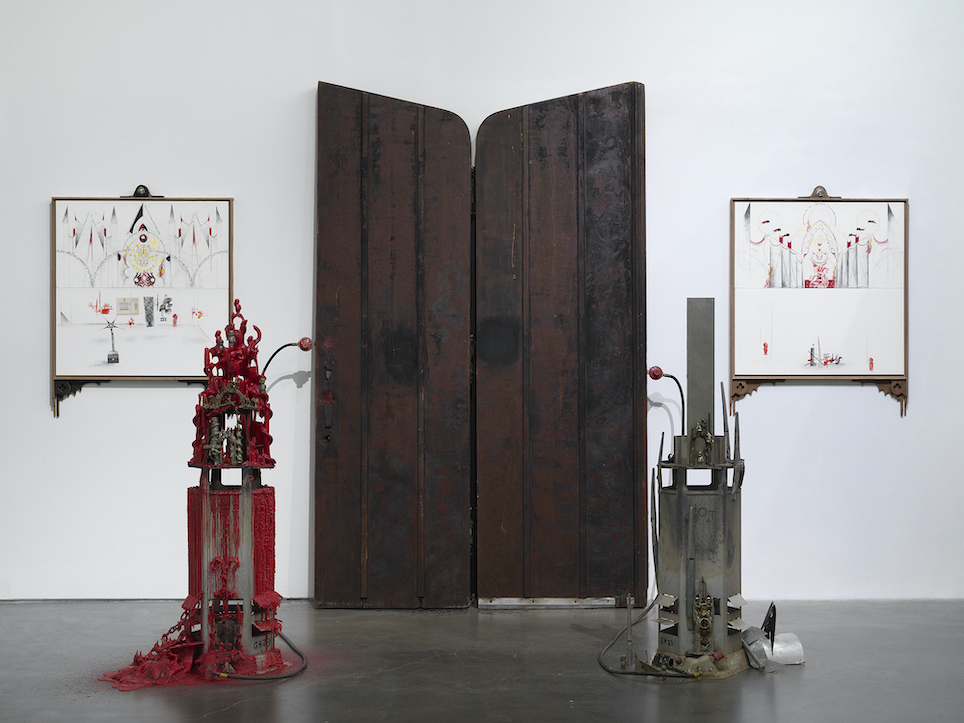 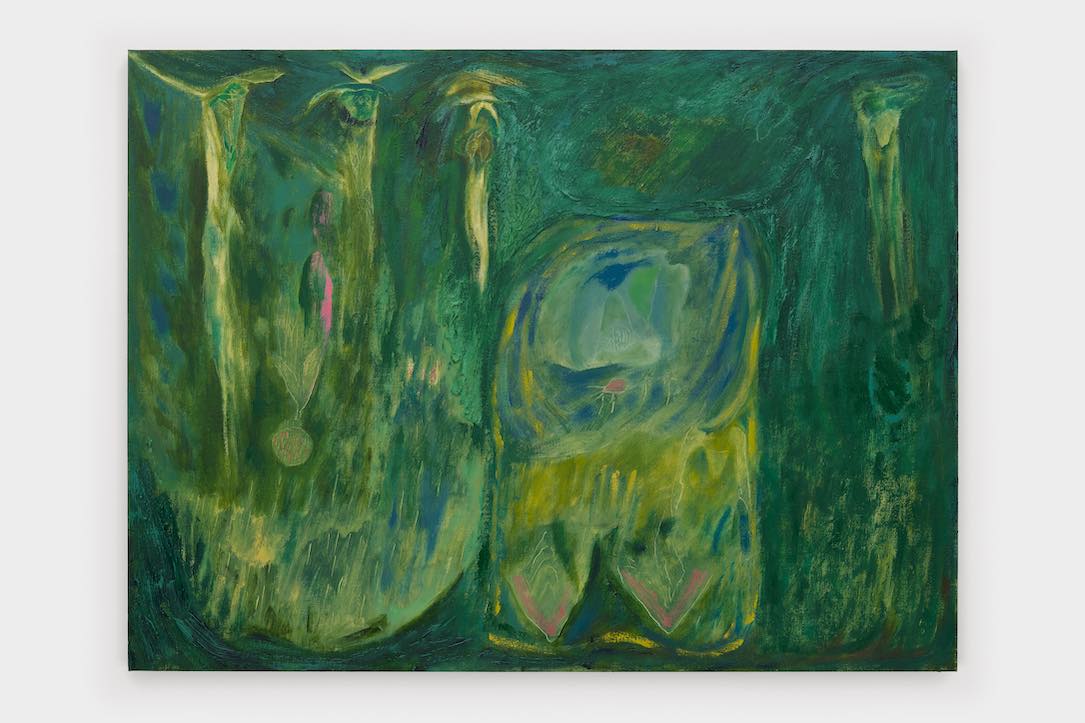 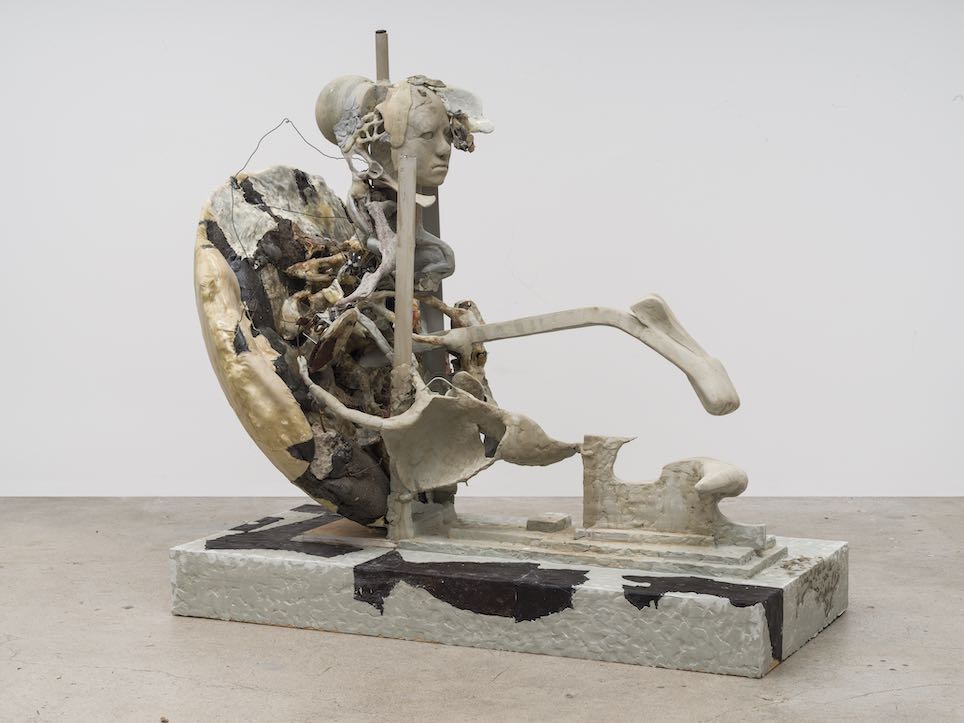 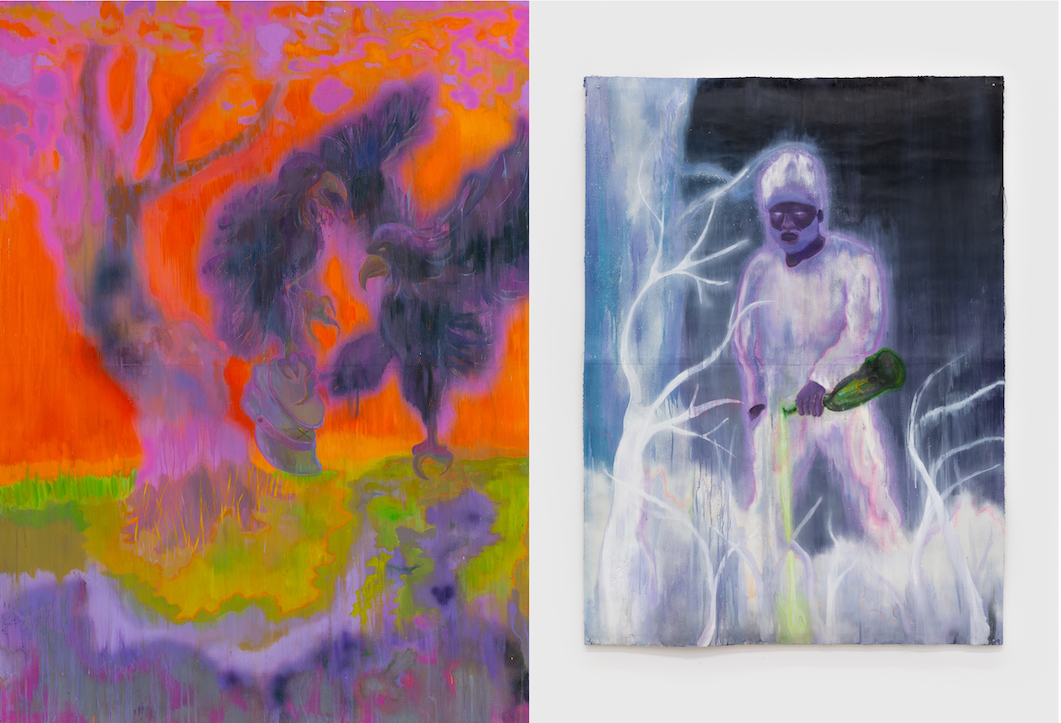 Marking a tendency toward spirituality, myth, and the supernatural among artists working today in the United States, Door to the Atmosphere includes artworks in a range of mediums by Sedrick Chisom, Harry Gould Harvey IV, Cindy Ji Hye Kim, Mimi Lauter, Jill Mulleady, Naudline Pierre, Eden Seifu, and TARWUK. Apocalyptic visions, celestial visitations, and mysterious rituals and manifestations appear across these artists’ works, reflecting the wonder and the dread of living in the present as well as specters of unsettled pasts. The exhibition title, borrowed from a drawing by Harry Gould Harvey IV, suggests a threshold one might cross from earth into ether, from the specific to the speculative, from surfaces to essences, sensations, and mood.

Artists have sought such figurative portals in previous periods of existential crisis; fin de siècle Europe, which peaked in the 1890s and culminated in World War I, for example, gave rise to the fraught mythic imagination of the Symbolists and the hallucinatory intensity of the Expressionists. Many of the artists included in Door to the Atmosphere cite the influence of these forebears—as well as that of earlier visionaries like Francisco de Goya and William Blake—while drawing on science fiction, adventure anime, and folk tales as much as Greek mythology, Christian iconography, and the occult. Often they incorporate an element of social critique, with references to legacies of exploitation and violence that haunt our present and can cloud future imaginings.

Ranging from visceral assemblages of scavenged “relics” to ecstatic landscapes and uncanny dream tableaux, the works in the exhibition chart multiple routes into the liminal space between what is and what might be. Whether seeking transcendence or, in the words of TARWUK, “the emotionally charged undertow,” they open doors to alternate realities.

Door to the Atmosphere is co-curated by Chief Curator Amanda Donnan and artist Srijon Chowdhury. Generous support is provided by the Frye Foundation and Frye Members. Media sponsorship is provided by The Stranger.

Cindy Ji Hye Kim. From left: I Heard Nothing but Laughter, 2017. Human Heart is a Factory of Idols, 2018. Pascal's Wager, 2021. Graphite, charcoal, pastel, and ink on paper. 12 x 9 in. each. Courtesy of the artist and François Ghebaly Gallery, Los Angeles. Photo: Cindy Ji Hye Kim Studio

Sedrick Chisom. The Strife of Talons Over a Hat of the Southern Cross, 2020. Oil, acrylic, spray paint, and watercolor pencil on tiled sheets of paper glued to canvas. 59 1/4 x 44 1/4 in. © Sedrick Chisom. Courtesy of the artist and Pilar Corrias, London

Sedrick Chisom. ...Meanwhile a Young God Pours Life On The Planet Kemetopia, 2019. Acrylic on tiled sheets of paper glued to canvas. 59 1/3 x 43 1/3 in. Courtesy of the artist and Matthew Brown. Photo: Paul Salveson